Kaizen is a high school program that offers A’levels and youth enrichment programs in the heart of Lahore city. It was founded on a Liberal Arts Philosophy where the tangible and intangible unite to create quality education. Often education has either been the domain of Sciences or rigid in terms of grading, while the size of a school campus is considered to be an indicator of success far more frequently than other attributes. In our school, we want to produce a true quality of education keeping the class sizes and campus small for individualized attention to the students. Further, with a curriculum that includes both arts and sciences, but also gives our future generations opportunity to explore electives that suit their interests or passions, we know we’re creating a holistic student-base best equipped for success.

Ms. Romana Nosheen Khattak, Dean at Kaizen High School, had been the Chairperson for the Cambridge Community in Pakistan, a role that she has excelled at as she’s assured compliance with the Cambridge Code of Conduct by its members in Pakistan. As the head of multiple schools, leading these institutions over her 24 year career in education, Ms. Khattak has proven herself passionate about her field, becoming a representative for the academic community both nationally and internationally. Having worked in multiple provinces of the country and in varying formats of the school system, her diversity and ability to adapt is exemplary.

The Kaizen motto of continuous growth is one, she’s not only encouraged in others but practiced herself as she obtained her M.Phil in ELT nearly a decade after attaining her Masters in English Literature and continues to pursue training on soft skills development. With a career that has led her from being an educationist to an administrator and everything in between, Ms. Khattak recognizes the value of diversifying ones portfolio and following ones passion towards their true potential.

At Kaizen, as the Dean of our school, Ms. Khattak envisions an environment where students are allowed to explore the full value of their education, in breadth and depth. She looks forward to using her lifetime of expertise to help develop curricular and co-curricular opportunities that fit the Octa-goals vision for Kaizen, helping students follow their dreams, as she has.

Mrs Sehr Lone is a graduate of National College of Arts with a Masters from the Chelsea College of Art and Design in the UK. She is passionate about philanthropy and has often worked with NGOs supporting education and female rights. She has also spoken on multiple platforms about socio-economic change and is a firm believer in equal-opportunity in education regardless of gender.

A proud mother of two talented children, she has always been deeply involved in their development, gaining unique insight into the academic realm of Pakistan first as a parent and now as a professional educator. 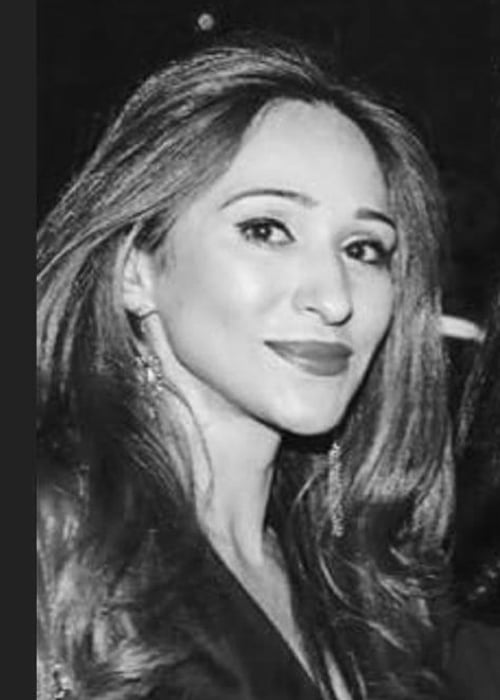 As the principal of Kaizen High I envision a firm direction for the school, one that leads our students towards their potential and our country towards progressive academic systems.

Her experiences have taught her that a well-rounded education for our children cannot be possible without the enthusiastic involvement of children, guidance provided by their teachers, as well as the supervisory role played by parents – a convergence that the school plays a critical role in.

In her capacity as Principal of Kaizen High, she envisions an environment that is collaborative and energetic. Kaizen High aims to become an institution where the student and his/her welfare come first. Mrs Lone fully believes that under the guidance of exceptional teachers, cutting-edge initiatives like the Kaizen Octo-Goals program, the possibilities are endless for our students.

Kaizen High School was founded in 2020 on the principles of a Liberal Arts education, where each student is given the right to create or structure their own academic journey. Often education is seen through a singular lens leaning heavily towards traditional pathways of hard sciences and mathematics limiting our youth to pre-determined professions and roles. The value of diversity in academics is a well-established concept world over where a well-balanced economy demands variance in professions. Our students learn to value their own distinctive traits and passions towards successful lives of continuous growth and development. Here at Kaizen High School, we believe potential is only limited by one’s vision and our vision is limitless.

Gulberg, Lahore Punjab 54660 Pakistan
https://www.kaizenhigh.educationinfo@kaizenhigh.education0332- KAIZEN-4 (0332-5249364)
We use cookies on our website to give you the most relevant experience by remembering your preferences and repeat visits. By clicking “Accept”, you consent to the use of ALL the cookies.
Cookie settingsACCEPT
Manage consent